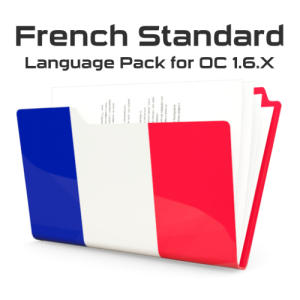 This pack contains only minor changes compared to the previous 1.7.0 version. Still the changes are important enough so this latest version is not compatible anymore with the previous Opencart Overclocked editions, that's all the 1.6.x series and 1.7.0. It is mainly due to the fact that the colour palettes have been moved under the "Catalog" folder under Admin, instead of the "Design" folder, where it used to be before. I could have left it where it was but it was making much more sense to move it. Other than that, there are a few little improvements and some minor additions too.

The "French Standard" language pack can be found Here

It is free and can be used as a base for translating other languages if required.